Sam Kunicka and Rory Heffernan write about their recent visit to meet MEP Sean Kelly at the Headquarters of the European Union in Brussels.

As part of our English homework we were assigned to take part in a gender equality essay competition, I wrote my essay about my life and how I would like the world to be when we achieve gender equality.  I thought my essay was mediocre at best. I entered the competition and a few weeks later I got an email saying “congratulations Sam!” I couldn’t believe it so I read over it twice, I had won trip to Brussels along with my classmate Rory Heffernan.

It was Sunday 17th, the morning of the trip. I was so nervous going to the airport that I didn’t eat breakfast, I said goodbye to my mom before we were leaving to go to out gate and then board the plane. A few hours later we were in Brussels.

Sunday was our free day where we got to explore Brussels and got to know everyone else on the trip. The city is full of old beautiful buildings, narrow streets and modern skyscrapers and parliament buildings. After exploring we met up for dinner and afterwards, as a group, we set out to take the metro back to our hotel without getting lost, it was a success!

Then came Monday 18th.  We had a few activities planned for the day. Firstly, we went to an FGM (female genital mutilation) talk. I found the talk very interesting as it is an issue I don’t know much about but it needs more awareness. After the talk we had a small tour around the building which we learned is eco-friendly! After the talk we had two hours of free time in which I spent buying friends and family souvenirs. Following lunch and a short break at the hotel, we headed down to the European Parliament.

We were taken straight to the oval debate room where we discussed issues and talked for a bit. At dinner that day we met Seán Kelly.

On Tuesday 19th we spent the whole day at the parliament and Barleymont building, we were taken into another oval debate room but this one was the top of the building and had a beautiful view from it. After that we had a tour of all the parliament buildings around the area then we headed down the first parliament building to present our 1 minute speeches, this was the part of the trip which I was most nervous about but in retrospect, it wasn’t that bad.  We then got our luggage from the hotel and headed down to the airport.

That was our 3-day trip in Brussels. Overall I would say to all students to enter competitions and you might get a chance to win brilliant prizes and have worthwhile experiences. – Sam

Rory – The highlight of my trip to Brussels in my opinion was meeting new people and exploring a place in which I have not been before. I enjoyed going to the parliament and speaking to all the other people who won the trip to see what things we agreed and disagreed on. Meeting MEP Sean Kelly was also very interesting as you would expect him to be quite formal when in fact he is a down to earth person. Brussels is famous for its sweet treats. The price of chocolates in Brussels is outrageous but I did discover that the price of Belgian waffles is reasonable.

The tours around the EU buildings were interesting as it is very different to anything you would see in Ireland and many of the people in the parliament were not even dressed very formally whereas in the Dáil everyone wears smart clothes. Overall if it was a great experience and Brussels was a cool place to visit. 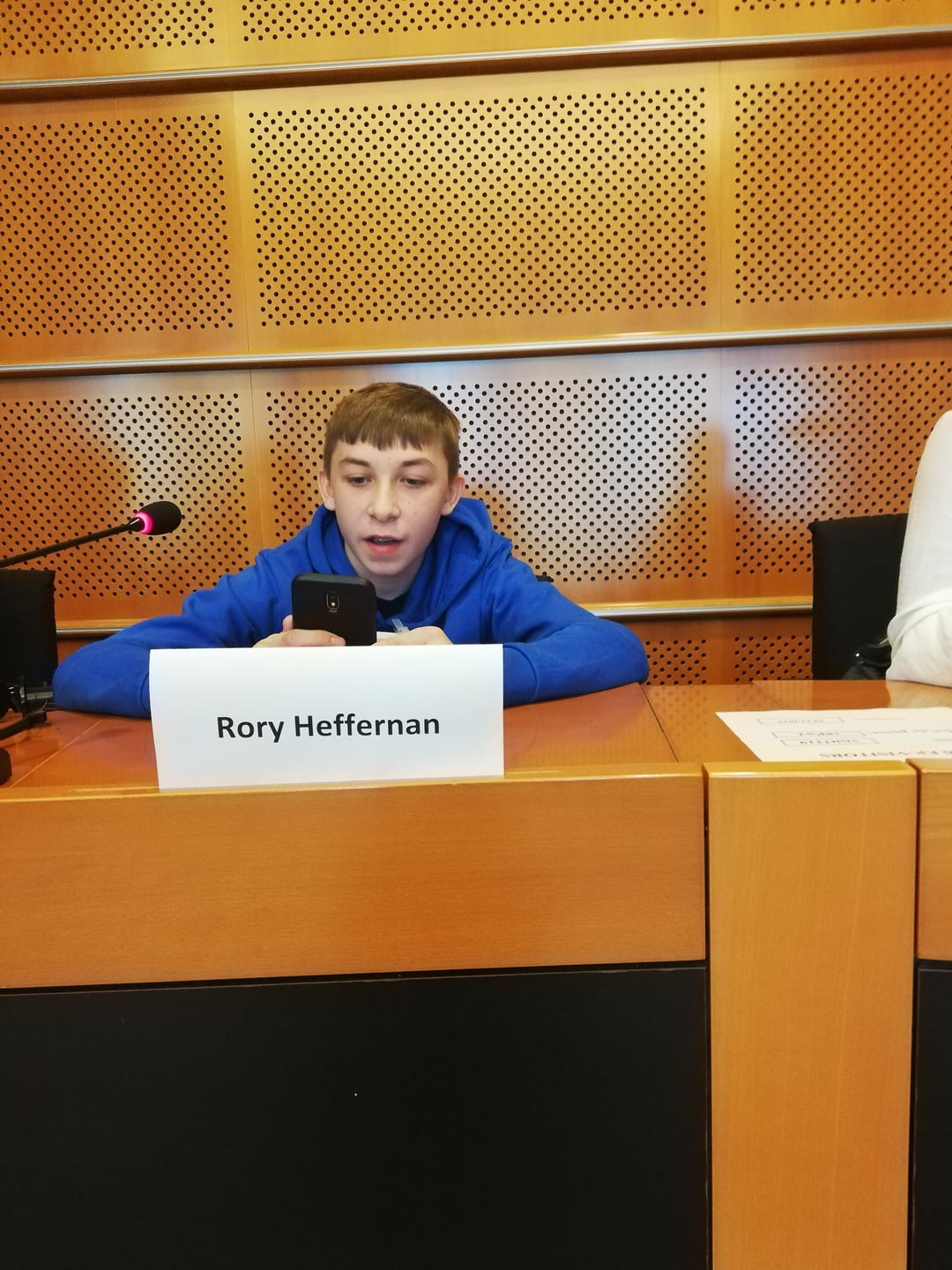 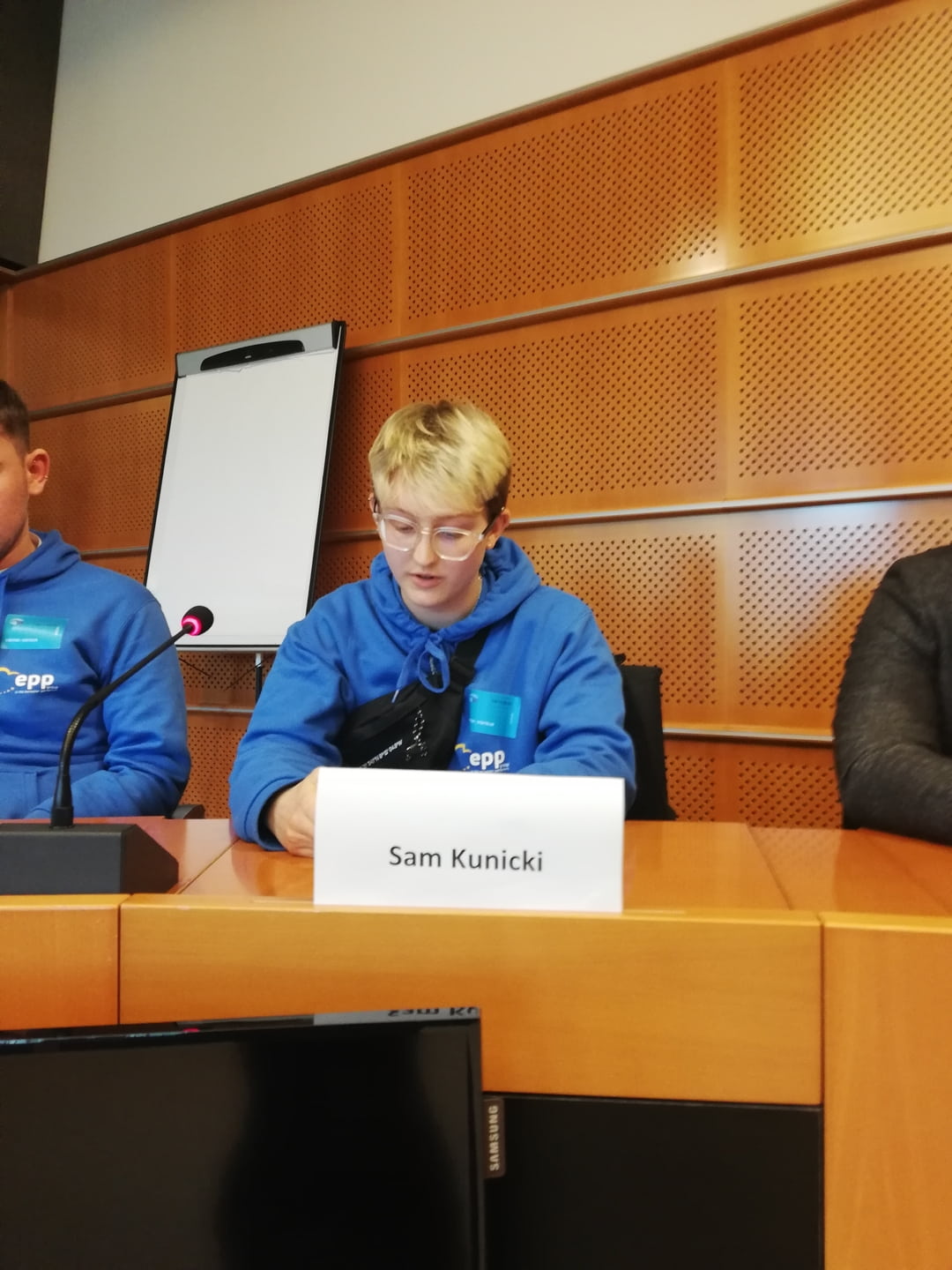