Audiences comprising of young and old have been enthralled by the talent of Oaklands Community College students in their production of “Robin Hood” last week. The cast, chorus and pit singers displayed talent and performances beyond their years to produce an all-round entertaining show of the highest calibre.

Leading the cast was the supremely competent and talented Megan Murrin in the role of Robin Hood. Third year Megan was entirely comfortable on the stage having taken on the role of Billy in last year’s school show also. Megan entertained audiences with her singing and acting and was perfectly paired with fellow third year Elise Kane in the role of Maid Marian. Elise won the audience with her vocals and acting and one highlight of the show was their beautiful harmonising in the duet “For Good.”

Bad guy Sherriff, his henchman Weasel and “mumsy” Mortianna were played by trio Martin Dempsey, Shannon Doran and Ciara Stynes respectively. Each of these students excelled in their roles. Martin Dempsey played the role of Sherriff with superb stage presence and great audience interaction. His henchman Weasel played by Shannon Doran was responsible for so many moments of laughter making her one of the most comedic actors on the stage. Her timing, facial expressions, body language and singing added to the character immensely. Ciara Stynes was exceptionally convincing in her role as the Witch Mortianna, again superb stage presence, voice and singing was in evidence with her portrayal of the character.

Again adding humour to this production were Nurse Polly and the band of Merry Men. Holly Gill took on the role of Nurse Polly with serious gusto and energy. Her strong voice and one liners had the audience in stitches and not to end things there she also showed herself to be a singer of note. Little John was played confidently by First Year student, Colin Lucas. His portrayal was lively and entertaining and he is certainly one to watch in the future. Sophie Moore was hilarious in the role of Will Scarlet, showing an understanding and aptitude for comic acting beyond her years.  Harry played by Clodagh Glennon and “Dan with the pan” by Aaron Masterson provided moments of laughter and the antics of the Blind Man “Hawkeye” and Bob, played by Ella Gerber and Mia Reilly respectively were hilarious. Again notable here is how well these students took to and stayed in character throughout the whole performance. One memorable moment was the fight scene where Hawkeye the Blind Man wanders aimlessly around the stage attacking the walls with his cane. Also superbly cast was “Fairy” played by Caitlin Moore who displayed elegance and grace befitting the role and sang with a sweetness that truly suited the character she played.

The vocals of the cast and chorus were enhanced with the quality of the pit singers Linda Moore, Niamh Lawlor, Zoe Lynch, Ava Molloy, Molly Kane and Emma Beatty.

Direction and Musical Direction were provided for the production of “Robin Hood and the Sword of Destiny” by teachers Ms. Mairead McKenna and Ms. Claire Donohoe. They were joined in the orchestra by talented colleagues Mr. Rory Maher, Mr. Jack Colgan and Mr. Kenneth Crann.

The talent on stage was matched by the talent of students off stage. Fifth Year student Allannah Kavanagh was this year’s highly effective stage manager ably assisted by students Hannah Whelan, Sean Owens, Tom Mangan, Darragh Farrell, Liam O’Connell, and Conor Dunne. Also back stage were teachers Mr. Fergal Leonard who was responsible for a lot of the sets and props, Mr. Gary Kiernan and Ms. Hazel Weir who produced this year’s show. The well-produced sets and props were enhanced by the talent of the Oaklands Community College Art students under the guidance of Art teacher Ms. Claire Johnson.

Costumes and makeup were looked after by Ms. Andrea Condron, Ms. Liz Devine and Ms. Claire Conroy assisted by Emily Mansfield of Transition Year.  The witty comperes for the show were Sadhana Sambandam and Oisin Conlon whose witty banter wrapped up an all-round professional performance.

The cast and crew of “Robin Hood” at Oaklands Community College would like to thank the Parents Association for organising the raffle on the nights of the performances as well as their sponsors, Croí Laighean Credit Union and Kearney’s. 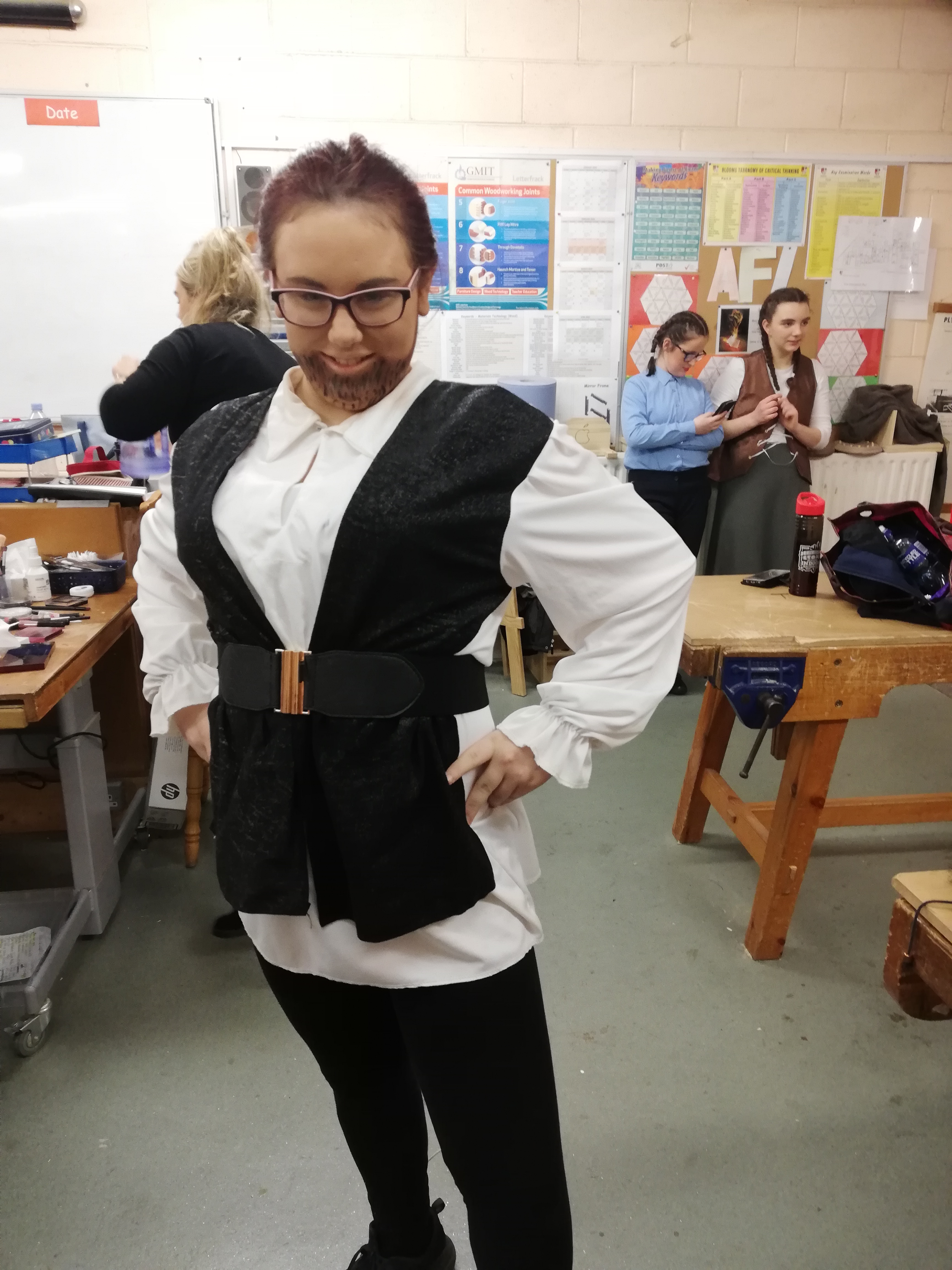 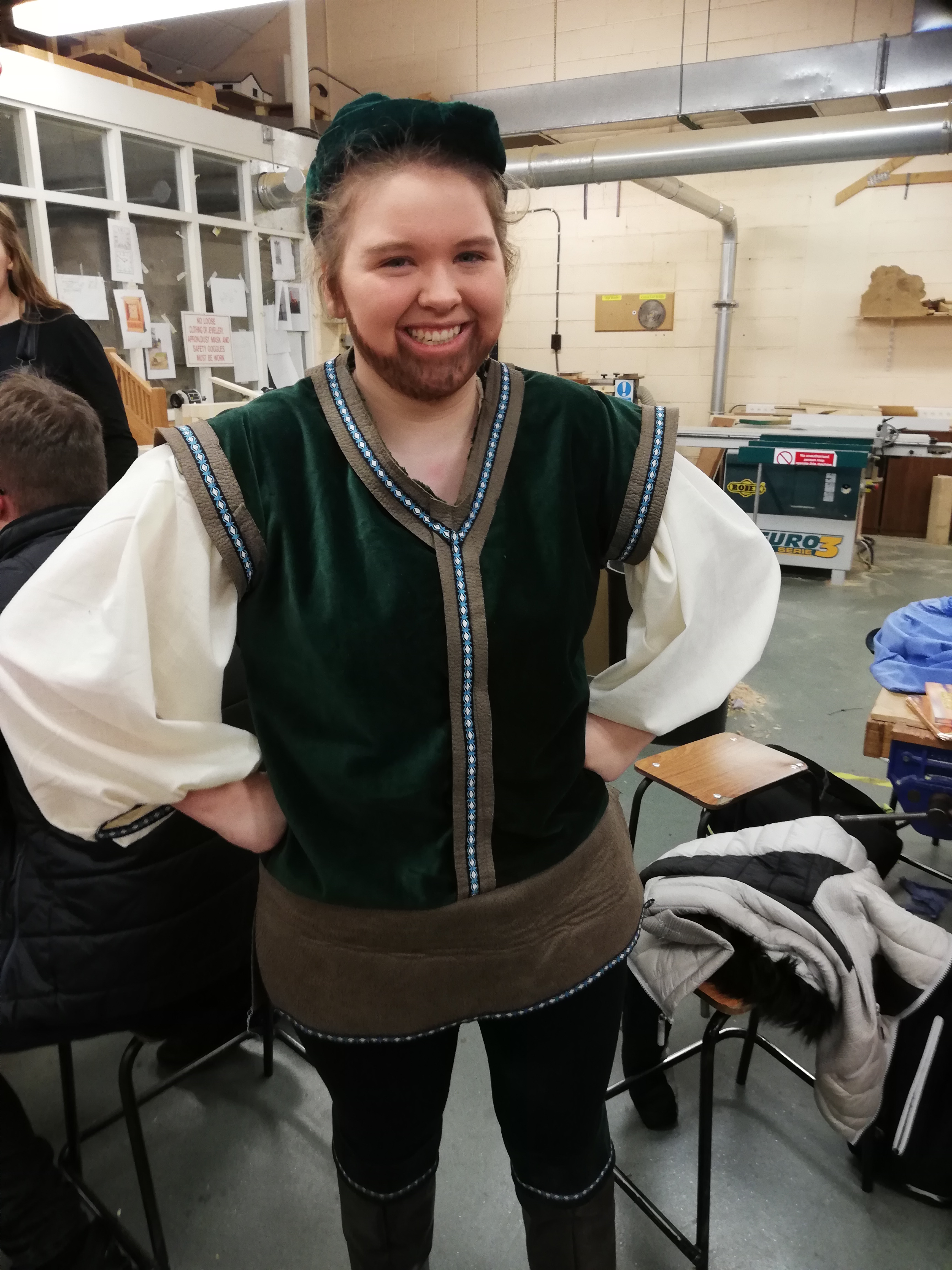 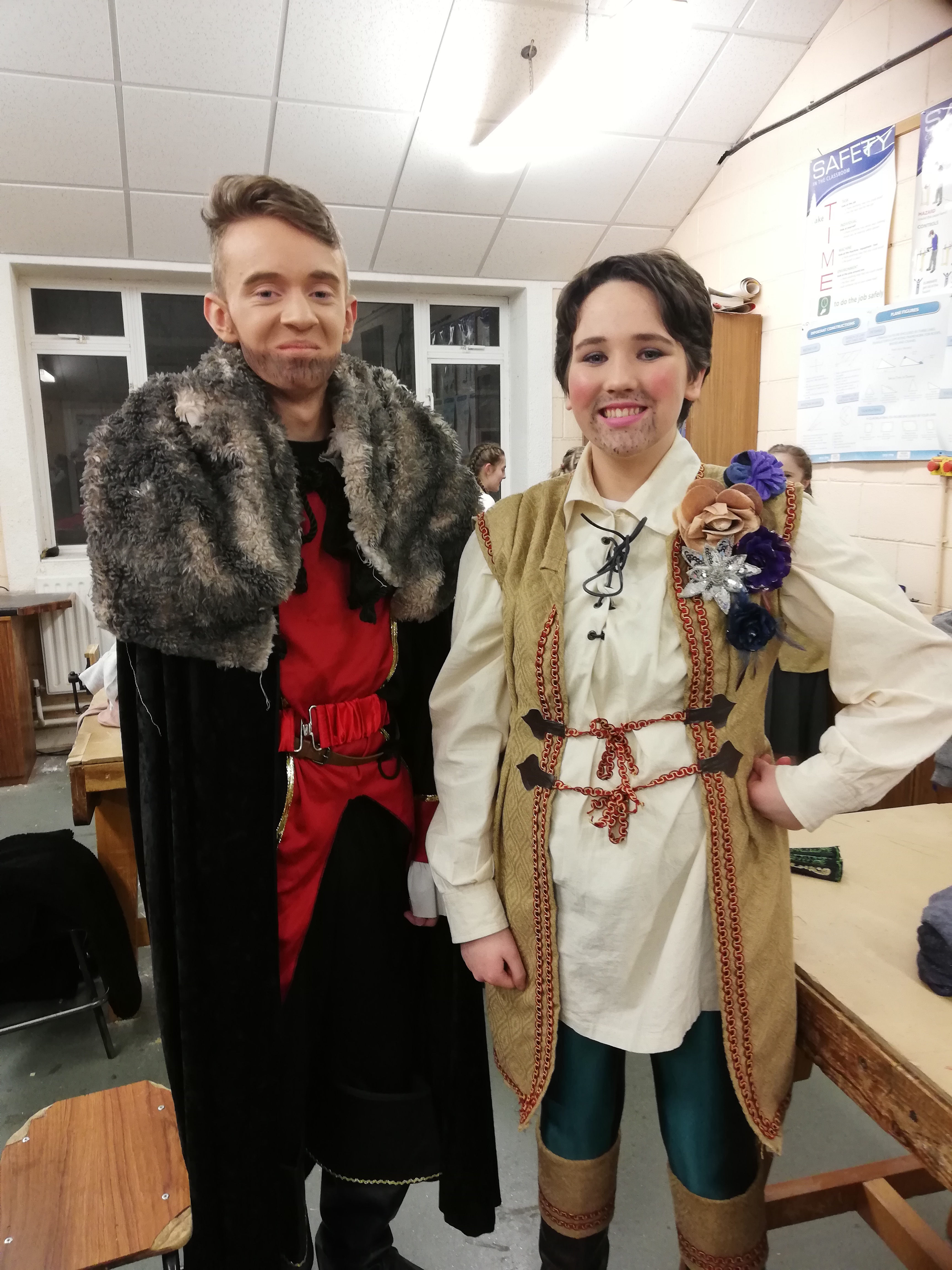 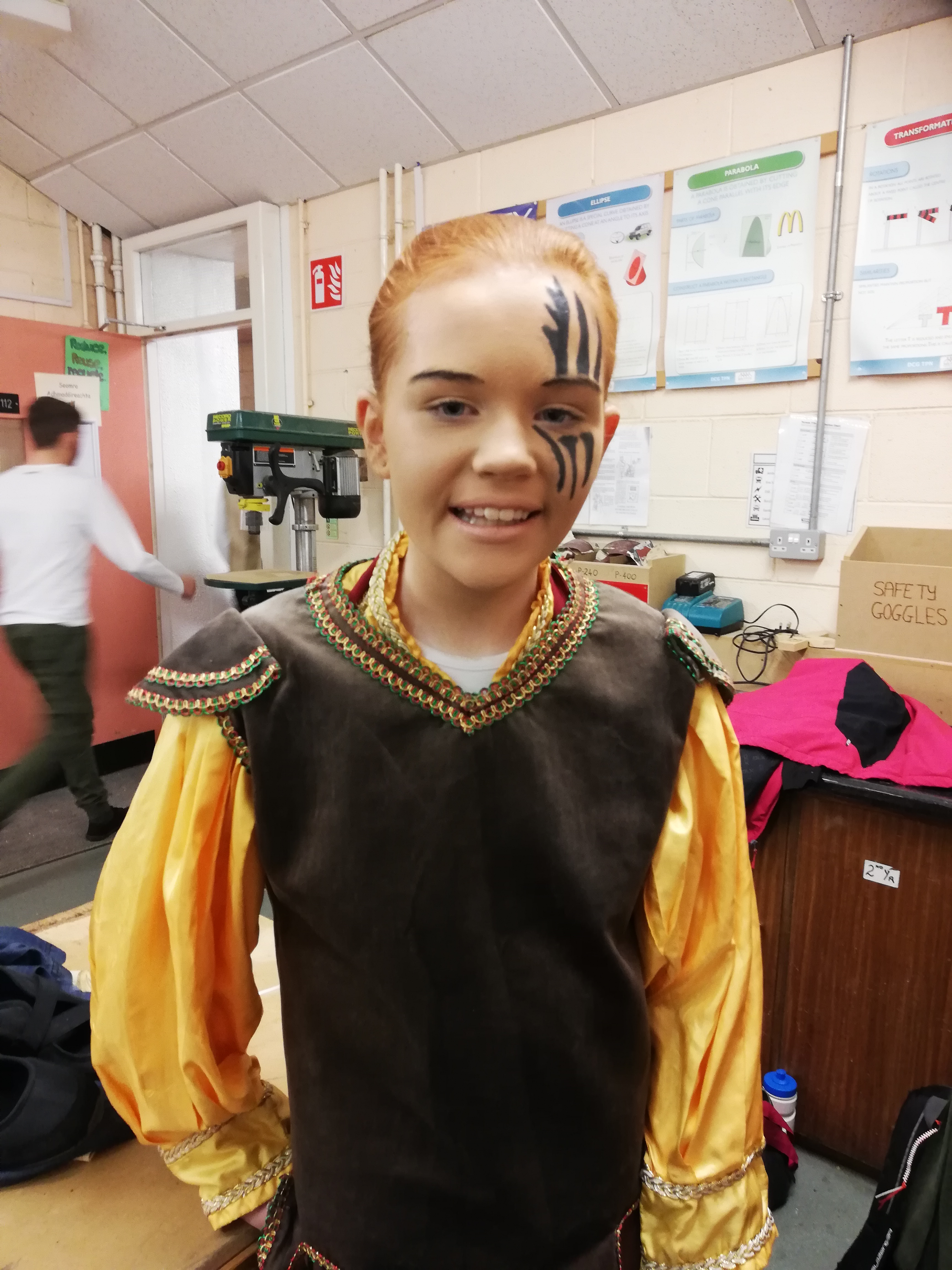 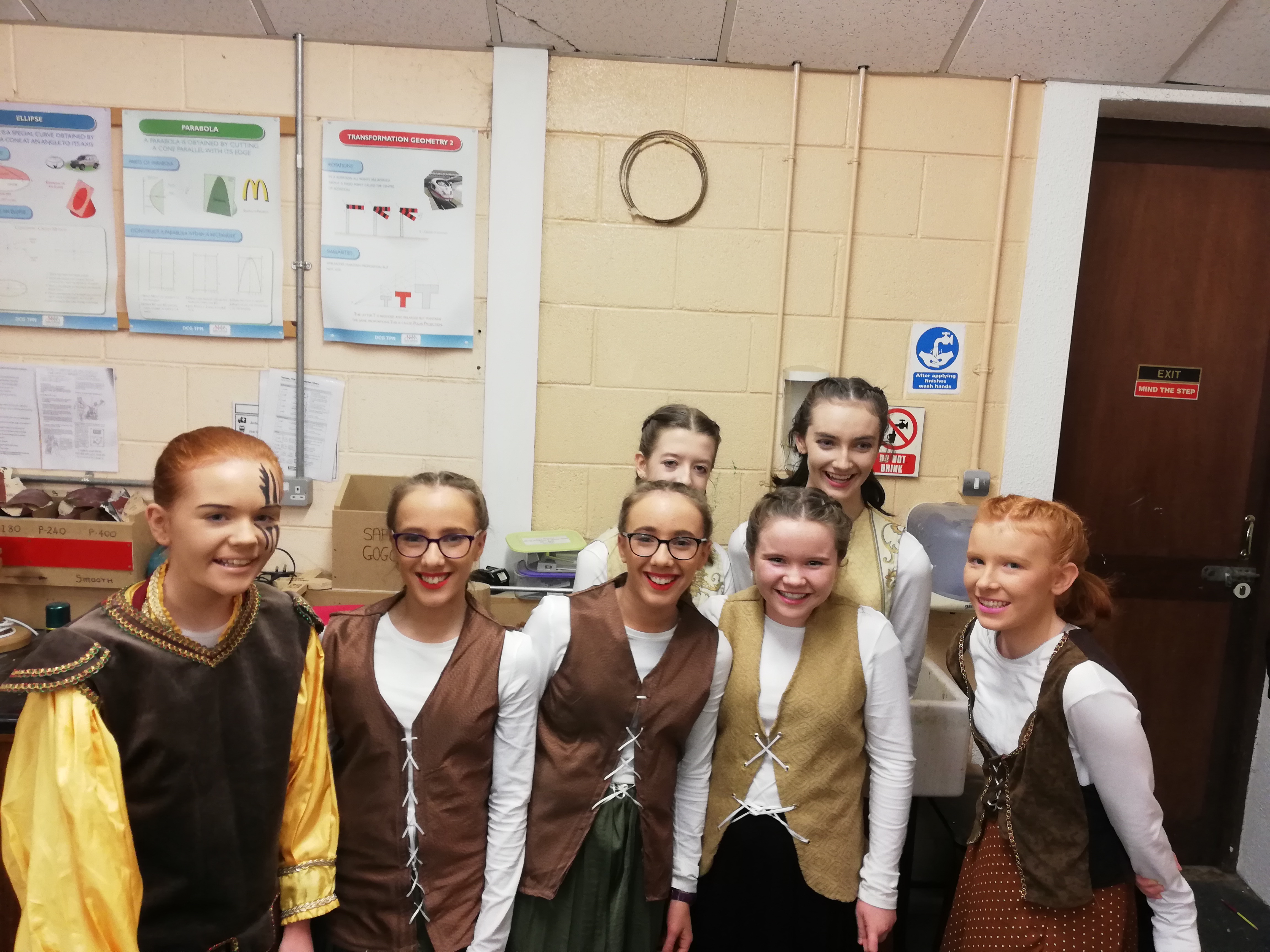 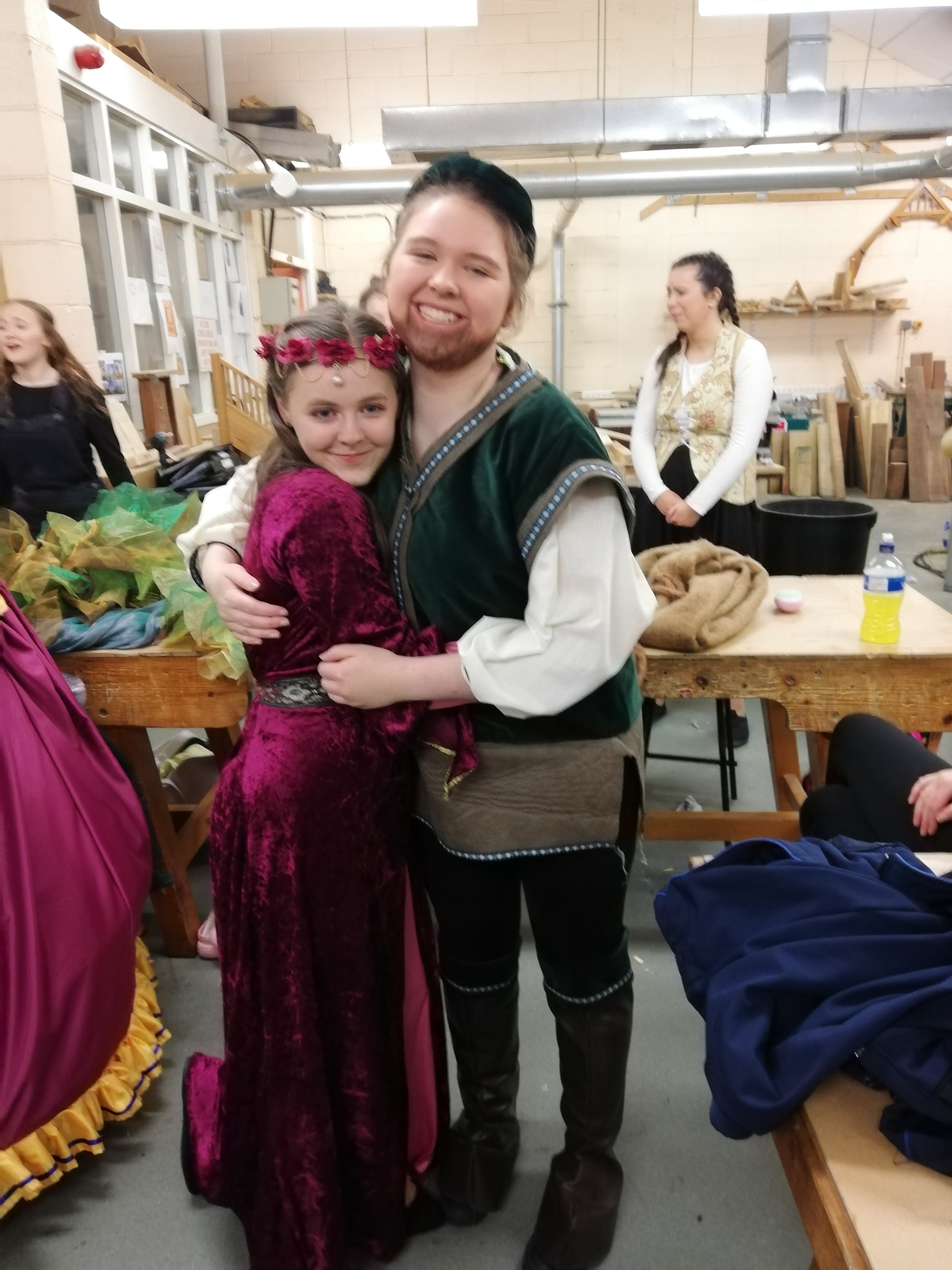